Bella and I are trying to rewatch a load of horror movies with a view to trying to determine our favourites. As a way of jogging my memory, I am going to try to jot a few notes down of films that are notable. 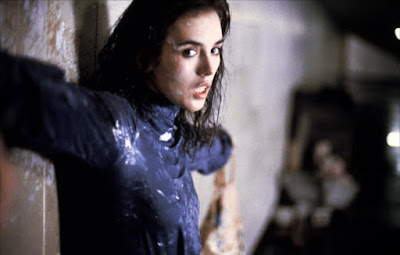 Mark comes back from a trip to find that his wife, Anna, wants to leave him. She is acting strange and he is distraught. Eventually, the reason for this is revealed and they are both caught up in a terrible nightmare.

OK, that synopsis does not even begin to describe the movie. It is quite mad in a variety of ways. However, there is a lot to commend it. The performances (especially Isabelle Adjani) are awesome. Check out the subway scene. The supporting characters are very good. The tension is palpable. In all, a very enjoyable watch and it is easy to see why this film is highly regarded.

However, is it likely to make a list of favourites? No, it leaves too many unanswered questions. I don't mind this so much, and it certainly wouldn't stop me from recommending it, but when compared with other greats, which are more coherent within themselves, I am not sure it will stand up.